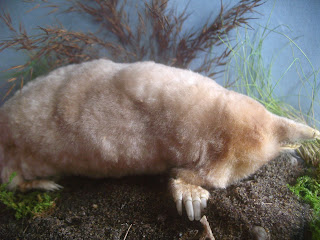 I shouldn't really be writing about BrewDog, and here's why.

When the whole thing around Tokyo* blew up, after a complaint was made to the Portman Group about the phrase "intergalactic fantastic" hinting at the use of hallucinogens, James Watt (MD of BrewDog, or Emperor Penguin, as he prefers to be known) asked if I'd like to write a defence of their 18.2%abv beer. I did so, and was pleased that it made a lot of online and print media. My take on it was that very strong beer is responsible for drunkenness in the same way that Michelin-starred restaurants are responsible for obesity. I still think that's true, and rather vainly, I still think it's a rather neat analogy.

Of course, when it came out that it was James himself who had complained to the Portman Group about the wording on the label, I was furious. I'd been made a pawn in their publicity machine, and vowed never to write anything about them again. Looking back, I still think it was a pathetic stunt, and when I explained to a friend what had happened, his response was "Christ, what a douche". Yes, my friend is American, but he's also right.

What I love about James (and BrewDog) is their total self-belief. It's not enough for them just to brew great beers - they want to be the coolest kids on the block too. I love their sense of "if you're not down with BrewDog, then it's because you don't get it, you square" mentality. I'm not saying I agree with it, I just admire their cussed enthusiasm for that marketing technique. For them, it's not enough to just like their beers - you've got to buy into the lifestyle as well. Again, a great marketing technique - it served James Lavelle well when he launched Mo Wax records, and made him rich and successful, and this same approach is going to work for BrewDog.They're not just selling beer - they're selling a lifestyle, an attitude, and if you don't get it, the you're part problem.

Now, with The End of History, BrewDog have installed themselves as the Turner Prize of the beer world. They know that as long as they can create a bit of controversy, they can make the front pages. It's the Sex Pistols crossed with Damien Hirst. It's Pete Doherty Lite. It's Sigue Sigue Sputnik for the 21st Century.

There are many reasons to be irritated BrewDog generally, and James in particular, not least his response to some of his critics (responded to here and in full here). My main beef with them is that they are so busy arseing around with 55%abv quintuple freeze-hopped eisbocks that they can't brew their other beers fast enough to keep up with demand. And make no mistake, the demand for their beers is immense. Even when I was furious with them, I still drank their beers, because their beers are great. Well, maybe I left off them for a few weeks, but as is always the case with BrewDog, resistance is useless.

I can see that many people find beer in a stuffed animal is a bit distasteful. No-one, surely, believes BrewDog's assertion that they did it to honour the animal - they did it for publicity, and not for the squirrel or the stoat, but for themselves. Don't get me wrong, I love a bit of taxidermy - one of my prize possessions is an albino mole that my grandfather caught when he was working as a gardener. It's a family heirloom, but I don't feel the need to sew a bottle of beer into it. It's sort of distasteful, sort of ironic, sort of postmodern.

Email ThisBlogThis!Share to TwitterShare to FacebookShare to Pinterest
Labels: brewdog