It seems a tad prosaic after the epic response that the previous post elicited, but I thought I'd quickly round a few of the beers opened this weekend - the majority are samples, and so I guess I should do my duty and at least pass comment.

The Dogfish Head/Birra Del Borgo My Antonia that I'm drinking as I write is still great - not as great as BrewDog Avery Brown Dredge (which seems to have been getting a bit of a mention on Twitter this week), but still a corker.

Last night was a couple of dark beers - Zatec Dark, which is a great black lager, soft, smooth and creamy - and Brain's Original Stout, which is a great mediumweight stout with a lot of lovely leafy hop character in the finish.

Adnam's Ghost Ship and Salopian Oracle are two beer cut from a similar cloth, both having the sort of pungent hop character that first caused me to use the phrase "hop-forward, and in the modern style" - pungently hoppy, zippy, and palate-awakening the both.

Natural Selection Finch is descibed on the label as a "robust red ale". Other people have written kindly about this beer, which makes it all the stranger that I found it to be an undrinkable crystal malt bomb. I like crystal malt, but this was just OTT.

A brief detour into a homebrew, which is going to be my entry for the Nicholson's / Thornbridge homebrew competition, confirmed that I'm going to walk away with the first prize - if you'd like to try it and be in awe, it's the beer that I'll be bringing along to the inaugural Leeds Homebrew meet-up - and then things got serious with a Thornbridge Bracia, a stunning beer, both metaphorically and physically. I needed a long lie down after that one, for sure.

This is the full and frank account of a weekend's drinking, recorded this day, the 25th of September, in the two thousand and eleventh year of our lord. Amen.
Posted by Zak Avery at 20:59 7 comments

CAMRGB (website here) were first out of the blocks by my reckoning, and I like their cheery, naive (or is it faux-naive?) approach. It also helps that their logo is reminiscent of the Cuban flag, but that's sort of by-the-by. They clearly state their aims on their homepage, and it's difficult to disagree with any of them. In fact, that's the problem - it's so commendably all-inclusive that it's hard to know who will say "hell yeah, I like beer and fun, this is something that I can really get behind!". Or more pertinently, who could disagree with those sentiments? It's so warm-heartedly bouncy and eager that to dislike it would be to dislike a puppy. "Sodding puppy, with it's floppy ears and big paws, and wide-eyed innocence... aww, go on then, come here and have a cuddle". There's a saying that if you don't stand for something, you'll fall for anything - I wonder, how does the epithet end if it starts "If you stand for everything...."?

At the other end of the scale, we have Craft Beer UK (website here), who set out their stall very clearly. The c-word is ever-present - not that one, you dirty-minded beast, but the more nebulous term, craft. In their "About" section, Craft Beer UK attempt to set out their stall, arguing that "the term 'craft beer' has been used in the UK to refer to artisanal brewers who focus on quality over quantity and brew good beer", a definition that is somehow simultaneously so broad and so narrow as to be meaningless. Is there an innate nobility in brewing less beer? Are Sierra Nevada somehow less craft for being the world's largest consumer of whole cone hops? You can work out the answer to that, I'm sure. Even more worrying is the fact that Craft Beer UK will admit breweries to their roster on application, but with an element of peer review (see this tweet and their stated membership policy). This slightly undermines their claim that craft beer is something more than "beers that I like" (see Phil's post on craft beer, and my comment of the FUBU brand for more analysis of this).

Just as neither of these organisations needs any endorsement from me, neither should they take my opinions too much to heart. It's great to see people getting behind beer, and unquestionably the drinking public of the UK might benefit from a heightened awareness of their drinking options. But I do worry that neither of these organisations is bringing enough to the table. My experience is that many people still have a bit of trouble with the notion of what exactly constitutes real ale, so trying to bring a nebulous term like "good beer" or "craft beer" into the public arena may ultimately do more harm than good. That's not to say we shouldn't try, but as the title of the post asks: *Who Will Watch the Watchers?
Posted by Zak Avery at 20:19 82 comments

Do You Want To Be Paid To Drink Beer?

A friend of mine is doing some market research in Leeds, West Yorkshire, this week. If you're a bloke, 45 years old or over, and want to be paid £25 to drink 3 pints of bitter on consecutive nights (I'm not making this up, honest!), then why not drop her an email? Her name's Lisa, and you can reach her on lhpringle(at)hotmail.co.uk, or call her on zero seven seven one eight, two five two three nine seven.

Please spread the word to any 45+, Leodesian ale-drinking men you may know.
Posted by Zak Avery at 08:36 12 comments 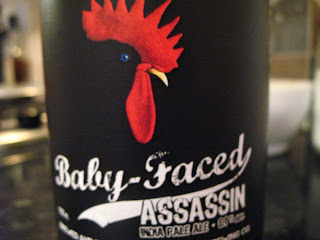