Sixpoint Brewery - From There To Here In Seven Years 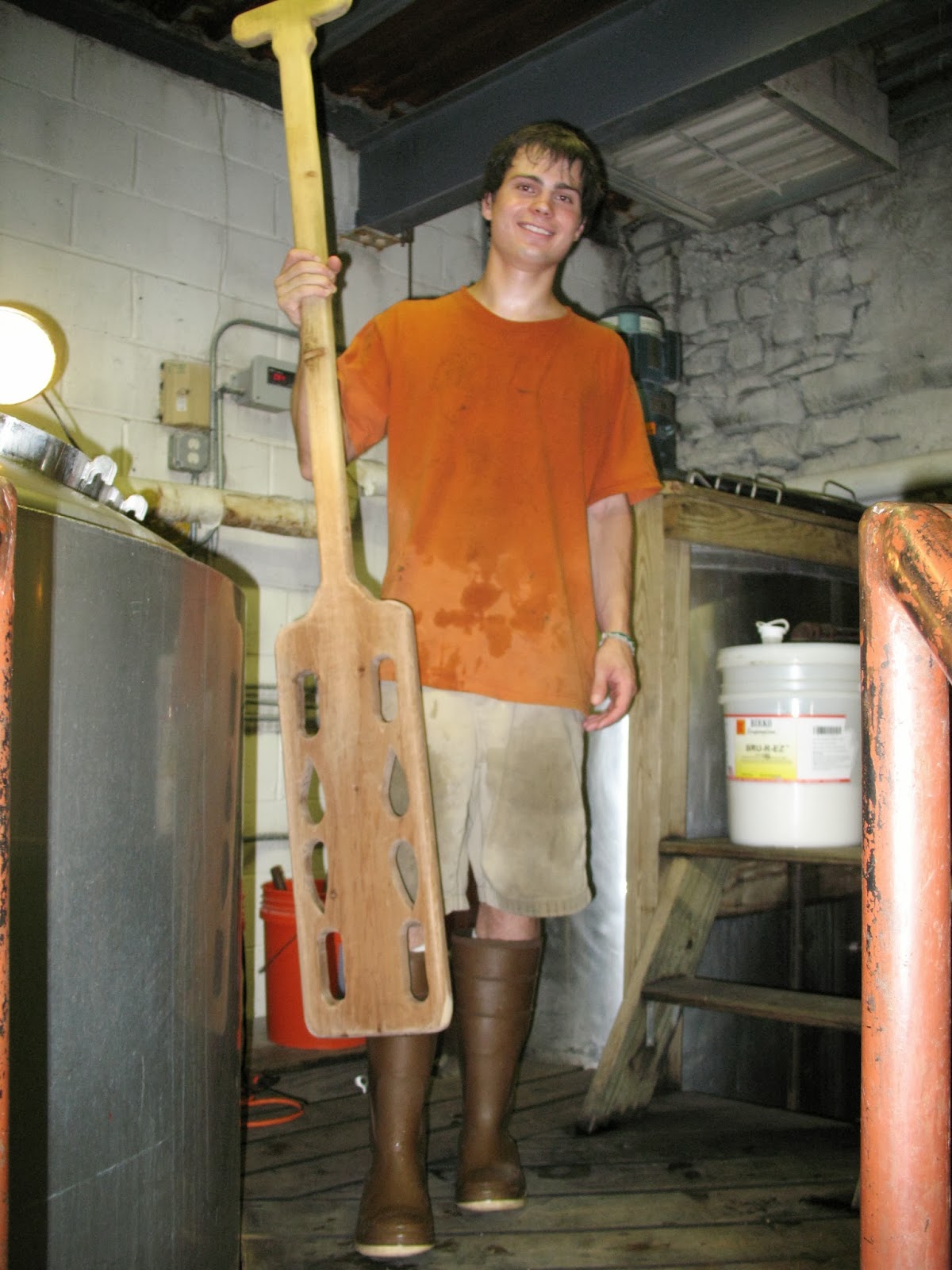 Here's a snap from my visit to Sixpoint Brewery in 2007. The mists of time and parenthood have managed to separate this image from its notes, so I've no idea who this enthusiastic gentleman is. I remember that he was mashing in when we arrived, stirring the mash with the paddle. He preferred doing it this way - it kept him in touch with the mash. And of course, he got to pour sweat into it too - hey, don't worry, it's going to be boiled for an hour. What I love about this photo is that it's already in the Sixpoint colour scheme.

Fast forward seven years, and what should arrive in the post but a brace and a half of cans from Sixpoint. I have to admit to a flash of jealousy; a couple of years ago, I got in touch with Sixpoint hoping to buy beer off them, and while the exchange of emails went well, the trail went cold after I was handed off to another member of the team. After a series of humiliating answerphone messages ("Hi, we exchanged a lot of emails and then you stopped replying. Hello? Helloooo?"), I gave it up as a bad job.

So JW Wetherspoons are now selling Sixpoint beers in cans - I know, WT and indeed F. They are part of their new craft range, and from what I can see, are going to be alarmingly reasonably priced. The Crisp is a pilsner-style lager, pale, hop-hazy and falls broadly into what me termed the "lawnmower deluxe" category. Clean, well-made, and the grassy bitterness kept me tantalisingly on the edge of a Proustian experience - what DID that beer remind me of? I will never know. 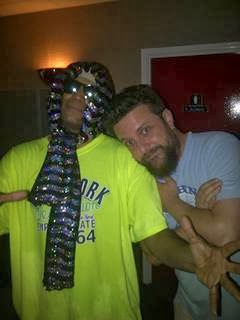 Sweet Action is described in Wetherspoon's press release as "part pale ale, part wheat, part cream ale", which of course reminds me (and you too, I'm sure) of Doctor Octagon's track "Half Shark-Alligator Half Man", and allows me to post this completely gratuitous shot of me with Kool Keith (aka Dr Octagon) when the Ultramagnetic MCs perfomed at Leeds' superb Brudenell Social Club last year. And like that gig, Sweet Action doesn't quite satisfy, coming across somehow as slightly ersatz - a bit sweet, a bit flabby, a bit "gimme fifty bucks and I'll take my headscarf off".

Bengali Tiger is a beer I've tried before - in fact, it features in my now out of print first book (if I keep saying "first", it implies a second can't be too far behind). Here's what I said about it then: "There is a crunchy hop aroma to this copper-gold IPA, but unlike a lot of 'me too' IPAs, there is also a good malt presence. The citrus zest and toffee carries through to the palate where, although the hops become more prominent, the malt still plays a supporting role". It's a good job I went to the trouble of digging that out, because my initial impression was that it had perhaps lost a bit of hop character in transit, but that tasting note chimes exactly with my recent experience of it.

So, well done Wetherspoons for doing this. In the nicest possible way, this is the tipping point where American craft beer has gone mainstream in the UK. I've read that these are retailing in 'Spoons for £2.89 each, or two for a fiver - that's a completely barking price that suggests 'Spoons are making very little per unit, but are shifting large volumes of it, and probably haven't gone for any carbon-offsetting on the deal. The beers are fundamentally decent, they look cool, and according to the press release, will be served in a world beer glass. If it was up to me, they'd be served as-is and crushed on the forehead when emptied. 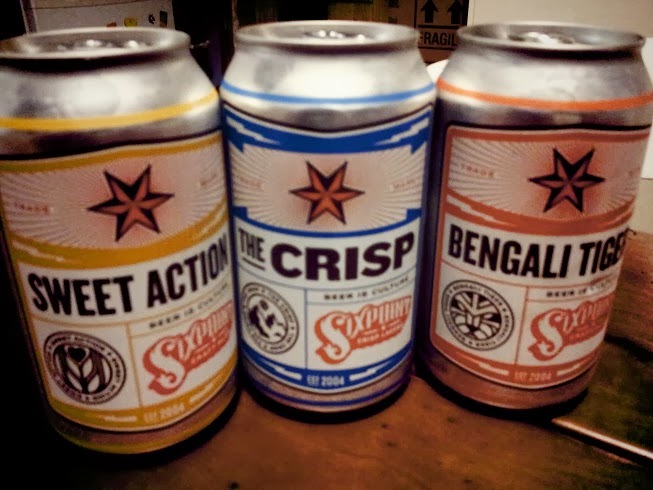