There is a great tale that after attending the 1982 Great British Beer Festival, beer guru Charlie Papazian said to beer writer Michael Jackson "Do you think we could do something like this in the States?". "We could, but what would we do for beer?" was Jackson's retort.

I have a surprisingly limited experience of beer festivals, although I like to think the breadth of experience outweighs the frequency. From the archetypal regional CAMRA festivals (Salisbury Beerex, early 1990s), to the many-tentacled beast that the Great British Beer Festival has become, to the slightly off-the-wall Beer Exposed (September 2008), to the somehow urban-yet-pastoral vibe of the Copenhagen Beer Festival, the modern beer festival experience is as diverse as the modern music festival. You can draw your own analogies, but maybe start with the GBBF being the beer equivalent of Glastonbury, and work down from there.

Two festivals in quick succession are currently on my radar. This weekend sees the 4th Borefts beer festival, which has been described by various commentators as the sure-fire way to restore faith in craft beer (if it's in need of restoration), and the best beer festival in the world.I'm sure that the hyperbole of the latter is a recipe for disappointment, and we'll see how craft beer acquits itself on the day, but a quick peek at the beer list tells you that this is a beer festival with an agenda. 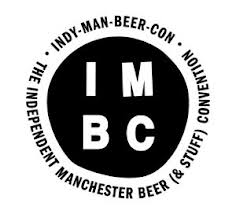 Also with an agenda was the recent Leeds International Beer Festival, although their idea was more about putting a beer festival into an urban (rather than suburban) setting - Leeds town hall, to be precise. The mix of beers was good, I thought, from cask stalwarts such as Taylor's and Ossett, to the vanguard of UK craft, to some rarer US imports. There has been some internet grousing over queues and pricing, but overall I thought the event was well thought-out and stands as an excellent foundation for another run at it next year.

Yet another agenda, albeit one questionably enhanced by my good self and a cast of other rapscallions, can be found on the first weekend in October. The 5th-6th sees the inaugural Independent Manchester Beer (& Stuff) Convention, or Indy Man Beer Con for short. Again, a glance at the beer list makes it clear that this is very much a beer festival of the moment. And that's no bad thing - there has been enough bleating about how the CAMRA/ the GBBF has "excluded" (that wouldn't be my choice of word) a certain sector of the brewing fraternity, and so it's good to see that rather than play victim, there has been a call to positive action. This is, I'm sure, a topic that will come up at what proves to be a lively discussion on Friday night about What The HELL Is Craft Beer? I look forward to finally reaching a definitive conclusion on that topic on the night.
Posted by Zak Avery at 00:08 15 comments

I won't make this any longer or more detailed than it needs to be, but I've been suffering with a stomach bug all week, and have made the decision to pull out of the Great North Run this weekend.

It was a hard decision. The organisers make it very clear that if you don't feel 100%, you shouldn't run, and not having eaten properly all week, combined with a fair amount of, ahem, fluid loss, has made me reluctantly see sense and bail out.

I will be registering for another half marathon in the next few days. Birmingham Half Marathon is another BUPA-organised run, in mid-October, and seems the most likely candidate at this point. If you've sponsored me, thanks very much, it really means a lot to me. I'll still be honouring your pledge with 13.1 miles, just in a different city.

Onwards and upwards.
Posted by Zak Avery at 11:48 6 comments