You can say what you like about Mikkeller, but damn, that is one successful brand. The beers are great, albeit with a few conceptual mishaps along the way. This book is similar, in that overall it's quite inspiring, but not without a few niggles.

There are the usual potted histories of beer, both ancient and modern, with a surprising (to me, anyway) hat-tip to the formation of CAMRA being a key point, as well the familiar story of the roots of American craft brewing. A big portion of the book is given over to a whistle-stop tour of the world's classic beers styles, along with a couple of Mikkeller beers that sit within that style, along with a couple of other examples. It's fair to say that most of the beers mentioned in the book are at the geekier end the spectrum, but equally there are mentions of Pilsner Urqell, Hoegaarden and Guinness as style exemplars.

There's a bit about ingredients, a bit about the brewing process, and then a load of recipes for homebrew versions of some of the beers the book. And not just the obvious Mikkeller beers - All Other Pale, Jackie Brown - but some of the trickier beers too - Beer Geek Bacon, anyone? A nice bonus is the inclusion of non-Mikkeller recipes - Firestone Walker Wookey Jack, Kernel Imperial Brown Stout, De Molen Hemel & Aarde will no doubt have brew kettles boiling everywhere.

Sure, there are a few howlers. Popular beer myths are retold. Almost every page had something that made me scurry off and check facts or assertions. In the homebrewing section, oxygenation is referred to as oxidation, which I'm assuming is just a remarkably unfortunate mistranslation. And no matter how many times I read this section on sour ales (exemplar: Rodenbach Grand Cru), I couldn't tell if was a deft linguistic game of logic, or just something that never got edited properly:

Er, OK, let's just get to the summary, shall we?

This book is beer porn, a fetished, partial view of the beer world from one of its most successful niche operators. But equally, it's hard to know who this book is for. Beer historians and home-brewers may well wince at parts of it, but I guess it's not meant as a reference book or a how-to manual. It's the story and summary of an obsessed amateur's transition to an obsessed professional. Mikkeller have undoubtedly produced some amazing beers, and will continue to do so, albeit in the rarified upper strata of the beer world. It's Mikkel's view of the world of beer, and given his success, who am I to criticise? 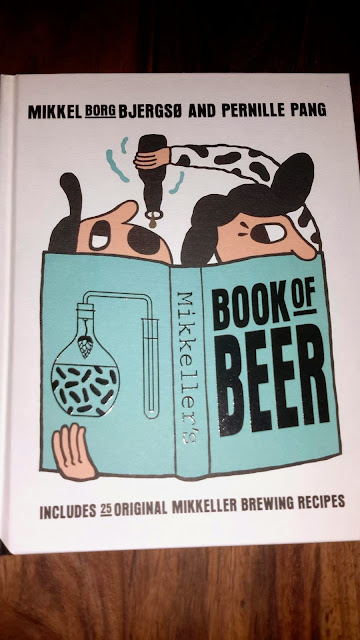