First World Problems. They surround us. I'm a blogger, I'm a writer, I'm a beer wholesaler, I'm a beer retailer, I'm not supposed to do this because, boo hoo, I've got too much invested to write anything impartial. Poor me, poor me, pour me another.

The press release comes on a scratty bit of paper, and tells the now familiar story of the victory in a home brew competition being put into production. It's basically the X-Factor of beer - figure out what people like, then sell it back to them. It mentions 80 IBUs. It mentions the 6 hop varieties, without naming one of them. It's not a great bit of PR. That's a first world problem right there.

The label is pretty cool, all cross-hatched graphic novel font and Lichtenstein half-tone comic strip frames. It makes me immediately suspicious. But the beer - oh God, the beer.

I've no idea what the exemplar for Belgian IPA is, or where the style originates, but this immediately reminds me of Flying Dog Raging Bitch. It's not all about the flavour, although that's a big part of it. There's a character to this beer that's almost a texture, an interplay between a spiciness, a minerality, and a faint suggestion of sunshine and crushed aspirin that I associate with a surfeit of Amarillo hops. There's a flat, wet stone quality to the beer, ending like a licked pebble on the beach, but in a good way, a slightly savoury, celery-salt snap in the finish, like a really fresh pilsner.

And the aroma is nuanced to be a tightrope walk between an IPA and a Belgian triple. What strain of yeast has wrought these remarkable effects? A kind of hyper-refined IPA that plays on bitterness, cleanness, a bruised fruitiness.

I've run out of Belgian IPA. Another First World Problem, if you please. 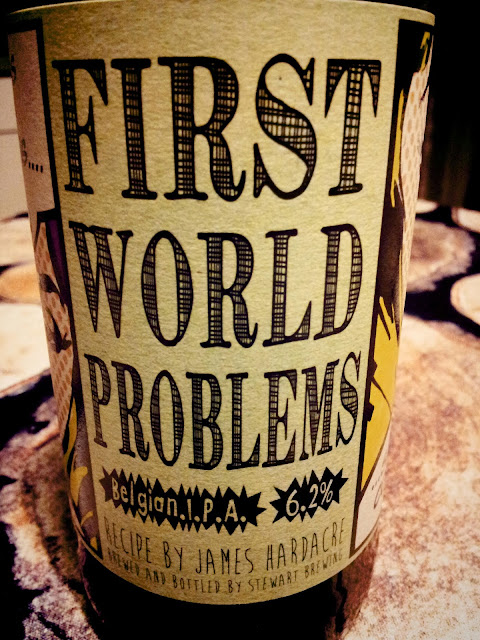 It's been quite a year for the many-tentacled beast covered by the obligatory punning name that is BeerRitz. At least, I think it's a pun - what the hell does BeerRitz even mean? Is it a clash between everyday - beer - and high-falutin' - The Ritz? Is it meant to allude to the chi-chi Mediterranean resort of Biarritz? I've no idea.

Anyway, as I say, it's been quite a year for BeerRitz. Not only has it had a major refurb (lovingly documented by 'Ritz stalwart Ghost Drinker), but we also made the shortlist for the Observer Food Monthly 2013 Awards in the online category (we're right at the bottom of the page). I guess this is technically for the webshop, but we know that a lot of our loyal customers at the walk-in bricks-and-mortar shop in Headingley also voted for us, so thanks to everyone who took the time to vote.

To round off a mammoth year, we've today just had a visit from the roving judge for the Drinks Retailing Awards (basically, the Oscars of drinks retailing, if you can imagine such a thing). We're delighted to announce that we've been shortlisted as a finalist in the Independent Beer Retailing category, along with the incumbent champions Real Ale in Twickenham and Stirchley Wines & Spirits in Birmingham. 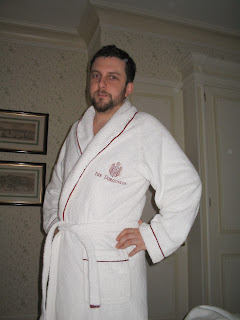