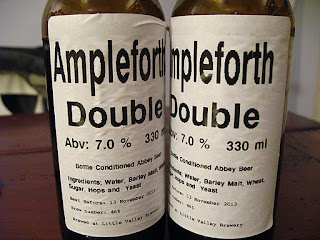 Anyway, I drank the first bottle of badly-labelled, contract-brewed Ampleforth Abbey Double, and when I got to the end, I thought "was it really that good?" and drank another one to make sure. And you know what? It really was that good.
Posted by Zak Avery at 20:45