"Hop-Forward, And In The Modern Style"

There's a phrase I hear myself using a lot lately to describe lots of British beer - "hop-forward, and in the modern style". What does that mean? It's a fairly broad-brushed way of talking about beers from breweries that have embraced the cornucopia of dazzling flavours that new world hops can offer. To get slightly more technical, I'd guess that it also means that the brewery is using hops later in the boil, in a way that draws exuberant aromas from hops, and dry-hopping extensively to boost that aroma. Of course, as a broad-brushed phrase, it's not very precise, and so the two local breweries that I visited a few weeks ago both fall under that description, albeit in different ways. 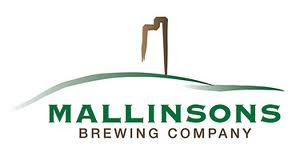 Mallinson's Brewery is in Huddersfield. They're certainly no slouch with darker beers, but they've gained a reputation for brewing pale beers that showcase new world hop varieties. A quick squint at their Ratebeer.com entry lists a whopping 96 beers, and many of the single-hop beers read like a roll call of must-have hop varieties; citra, simcoe, nelson sauvin, pacific jade. Then there's the brilliantly titled "Let There Be Hops", the prequel (presumably) to "Let There Be More Hops". The ones that don't reference hops reference any one of number of things - buses, local landmarks, hell there was even a series devoted to dodgy cars of the 70s and 80s. All of this points to two things - they like their hops, and have an endearing lack of pretension when naming their beers. They're not going to call a beer "The Eternal Hallucination of Princess Lupulina" when they can name it after a local landmark, or even a Skoda (I'm not making it up).

Mallinson's make solid, reliable beers, which make them sound a bit workmanlike - or workwomanlike, given that they are an all-female team - and actually, that's damning them with faint praise. They are a good, traditional British ale brewery who have kept a weather eye on what's going on in the rest of the brewing world, but always keeping focus on what makes British beer great - drinkability. I had a couple of pints of their golden Crescent Hop (3.8%abv) recently. I only wanted one, but when I went back to the bar for a pint of something else, and the barman mistakenly poured me the same beer again, I thought: "You know, I don't mind, that's a cracking beer anyway". 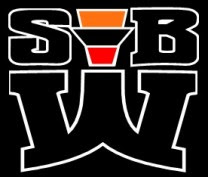 A few miles up the valley from Huddersfield, another new brewery has also been studying the use of hops with a Blumenthal-like glint in their eyes. Again, it would be unfair to characterise them as overly-focused on one ingredient, or one style. Summer Wine brewery, near Holmfirth, cast themsleves unashamedly as craft brewers (see here for some heated polemic on that subject), and make sure that everything they do is packed full of the passion that they feel for their vocation. They've taken John Lewis' strapline of 'Never Knowingly Undersold', stuffed it chock-full of excitable hops and unusual speciality grain, dry-hopped it, and made it their own: Never Knowingly Underbrewed. While Mallinson's are a brewery whose beers I will happily try when I see them, Summer Wine's beers are ones that I've actively sought out. Have a look at the original meanings of the Michelin guide's star system and draw your own conclusions from that.

Of the beers that I've tried from Summer Wine, mid-gold Diablo (6%abv) has to be the best, delivering a classic tropical and citrus kick of (I think) chinook and amarillo hops over a pale malt base. It's certainly at the more extreme end of "hop-forward, and in the modern style", but it pushes all my buttons. At the other end of the scale, their pitch-black Teleporter Ten Grain Porter (5%abv) has a smooth, oaty goodness combined with a mocha finish that makes the beer feel nourishing and revitalising, like a rub down with warm grain fresh from the mash tun. If you're lucky, you might just catch the first beer of their series of none-more-hip black IPAs - Nerotype #1 (Simcoe). It may not have been the blackest black IPA I've had, but there's no doubting its IPA credentials.